Logan Square sits at the confluence of Milwaukee Avenue, Logan Boulevard, and Kedzie Boulevard and has the soaring 1918 Illinois Centennial Monument as its centerpiece.

Diverse community with an eclectic mix of old and new.
Logan Square is an artsy and diverse community centered on its namesake public square near West Town on the northwest side of Chicago. Logan Square sits at the confluence of Milwaukee Avenue, Logan Boulevard, and Kedzie Boulevard and has the soaring 1918 Illinois Centennial Monument as its centerpiece. The broad boulevards fanning out from the square are lined with grand Greystone homes. The Logan Square community area is comprised of several distinct neighborhoods, including the grand homes overlooking the verdant park in Palmer Square. Logan Square is an edgy neighborhood with many trendy restaurants and nightlife spots, sharing a similar creative vibe to the neighboring hipster haven of Bucktown.
Logan Square is also more affordable than many other centrally located Chicago neighborhoods. Away from the elegant Greystones lining its boulevards, housing options along Logan Square’s tree-lined streets include a mix of spacious historic bungalows and condominium buildings.

Logan Square is one of the most dynamic and diverse of Chicago’s 77 recognized community areas. Rising rents in nearby Bucktown and Wicker Park have drawn in many of those hip area’s artists and creative types in recent years, giving it a similar creative and bohemian vibe. The central location and good transportation links have also made the area popular among urban professionals and young families.

Logan Square is full of independent retailers and boutique shops. Craft beer enthusiasts are spoiled for choice in University Village, with the local selection including Illinois’ largest brewers Revolution Brewing’s Brewpub and the forward-thinking Hopewell Brewing Company. Emporium Arcade Bar combines a curated craft beer selection with a wide range of fun arcade games, art murals, and live music performances. The Whistler is another trendy nightlife spot offering craft cocktails and nightly DJs or live bands.
A wide variety of events also take place in the historic ballroom of the 1915 Logan Square Auditorium. The Logan Square Auditorium is home to Lula Café, one of the city’s first and finest farm-to-table restaurants. Lula Café was an innovator when it began offering its delicious, vegetarian-friendly menu of foods made using locally grown ingredients back in 1999. Many other farm-to-table spots have followed in Lula’s footsteps, but it still remains one of Chicago’s most beloved eateries, being ranked as the third-best restaurant in the entire city by Chicago Magazine in 2018. Other favorite neighborhood dining options include delicious Midwestern-style cooking and baked goods at Bang Bang Pie & Biscuits. Residents of University Village are also within easy reach of the many authentic Italian eateries lining Taylor Street in the Little Italy sub-neighborhood.

Concord Music Hall on Milwaukee Avenue is one of Chicago’s top live entertainment venues. Concord regularly hosts performances from a wide variety of touring rock, hip hop, pop, and electronic music acts.
Other attractions and amenities in the neighborhood include the quiet, tree-lined greenspaces of Palmer Square and Lincoln Square Park, home of the soaring 70-foot Illinois Centennial Monument. University Village’s largest park is Addams Park, where amenities include the newly-renovated Exelon Recreation Center. As part of a $20 million renovation program, the Exelon Rec Center offers an indoor gymnasium, clubroom, three-lane running track, and an artificial turf field for football and soccer practice. Fosco Park has an indoor fitness center and Olympic-sized swimming pool along with two playgrounds, one of which has interactive water features. Fosco Park hosts a variety of community events throughout the year, including outdoor movie screenings. The 606 Trail follows the path of the former Bloomingdale Line railroad. This 2.7-mile stretch of walking and biking paths are the largest elevated paths of its kind in the United States, connecting University Village with other neighborhoods of Logan Square, Humboldt Park, and West Town.

Public schools in Logan Square are operated by the City of Chicago School District. Highlights include: 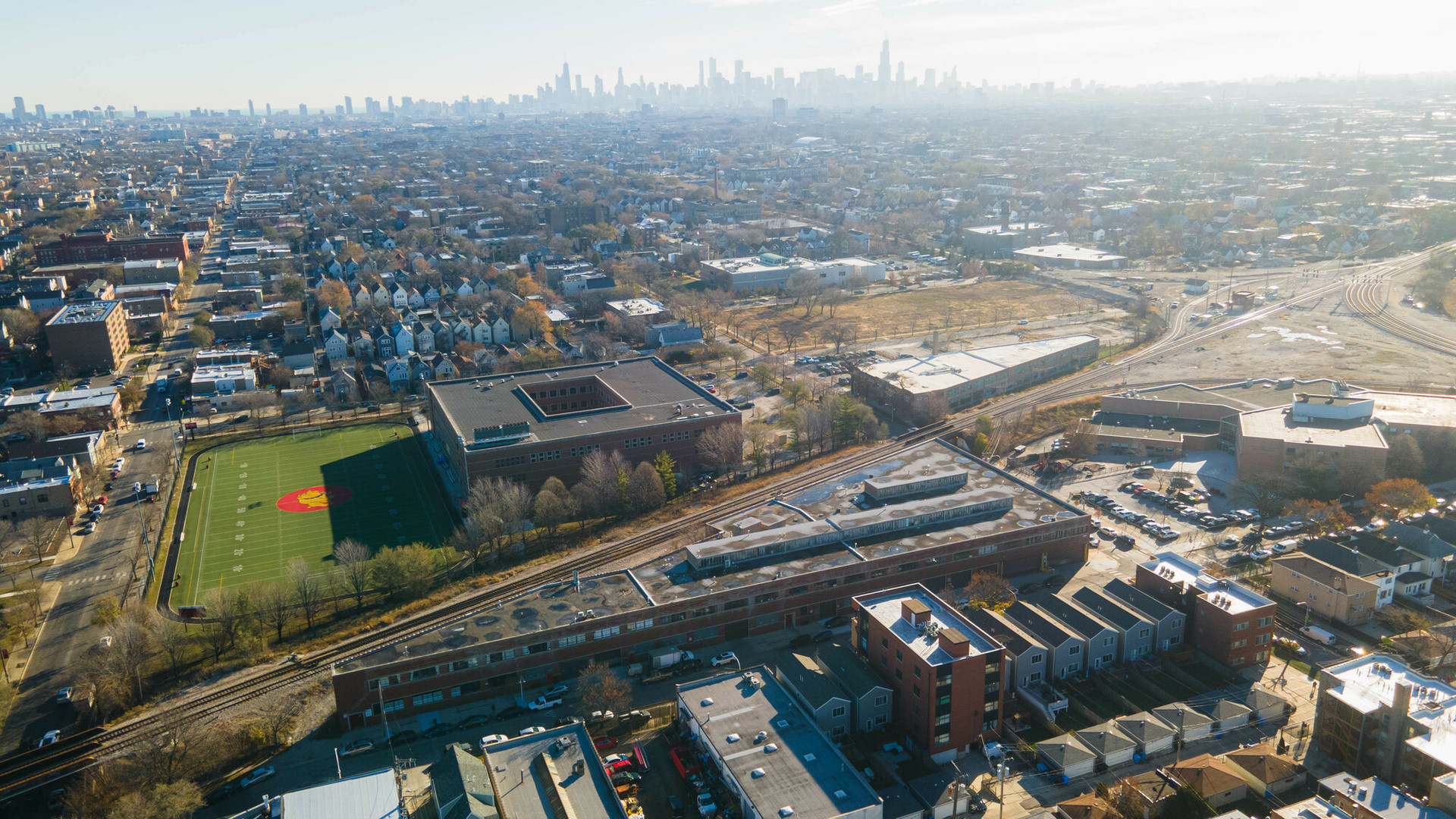 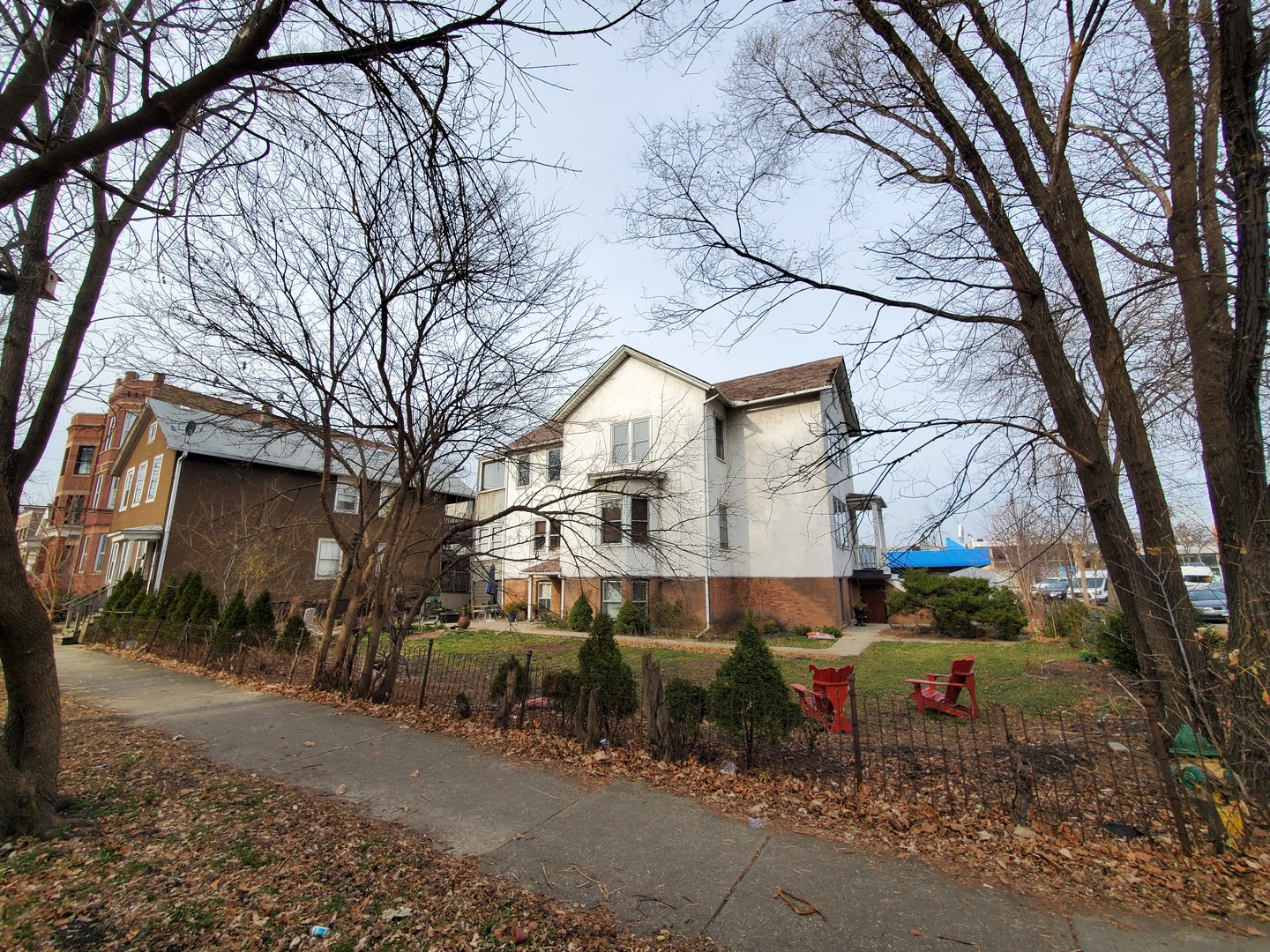 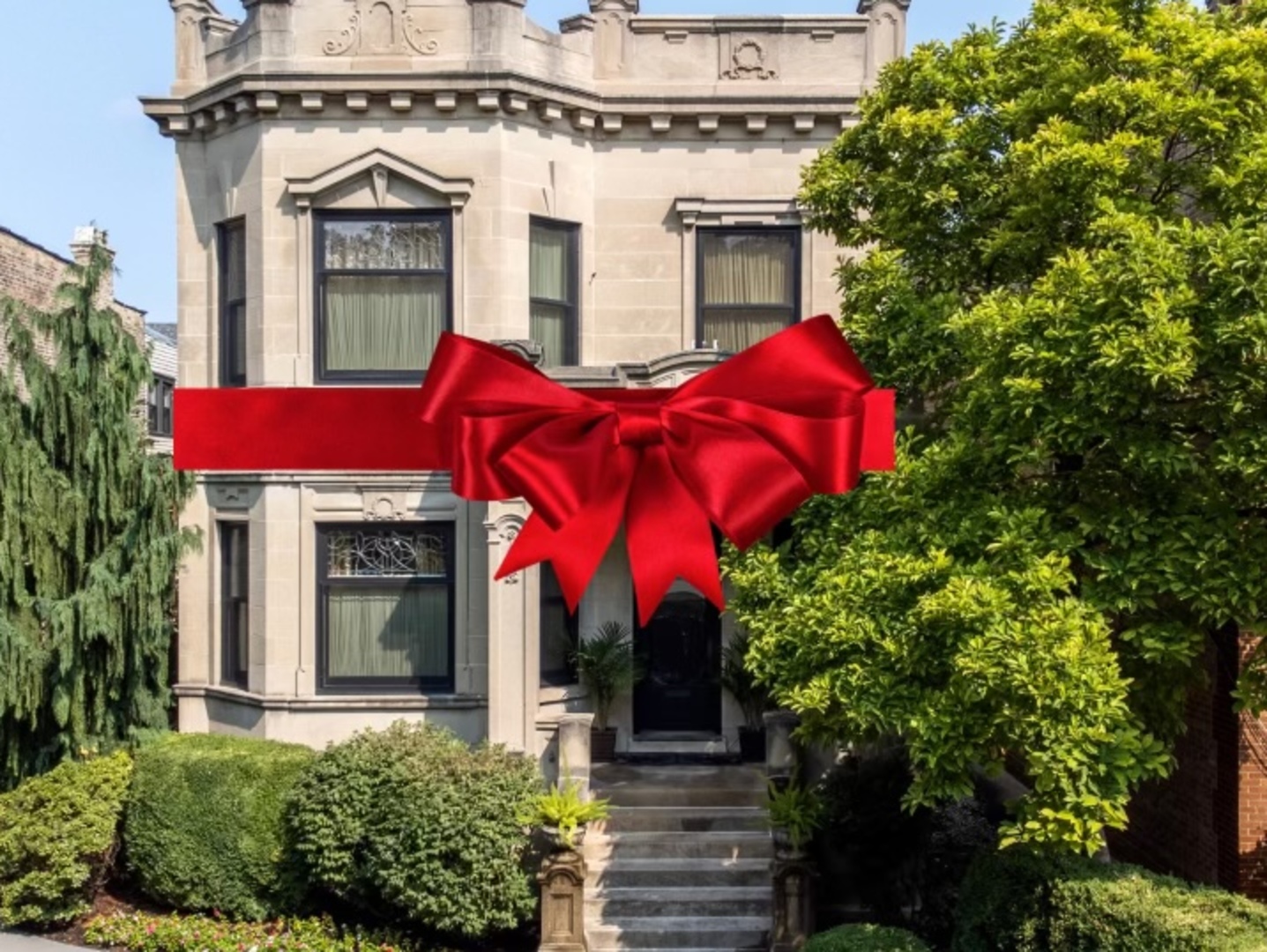